I detect a sense of foreboding among fellow Bears, the coming weekend will be negotiated with trepidation. Predicting the course of the emotional roller-coaster is littered with caveats. We can survive that first sudden dip and acute bend if Barton remains focused. Enduring the corkscrew experience will be easier if O'Halloran's pace or Forrester's touch regularly takes the team up the park. We can be beneficiaries of the cooling water splash if referee Wullie Collum stands up to the certain inTIMidation. It will intensify in the final hour, the grinding cogs carry the cradle higher, team news is released, speculation on formation provides moments of calm, immediately follow followed by a rush of impending doom.

Constantly, I am admiring of the wild cock-eyed optimist. He sits in the very front seat of leading carriage, drink and hot dog in hand. Between bites and gulps, breathless assurances are issued to fellow travellers; most of his energy expended gesticulating towards the opposition. How do they do it? In my professional life, there was an acceptance on the super fine dividing line between genuine leadership and behaviour akin to throwing sh!te at the moon. Admittedly, I tend to objective appreciation. I have approached a number of these games over the seasons having made a pact with all gods and devils to accept the necessary punishment as long as the defeat is respectable. The League Cup semi-final two years past, saw me watching the clock and willing it to run faster and keep the score at 0-2.

Today, I am serene, the clocking slaps of the winding gear is lost amid the noise of my imagination. Can we go there and win? The caveats are demanding, keep it tight for 20 minutes, deny supply to their pace by being all over Rogic like a bad rash, and score first. We must notch first, and second! Even if that were to occur, I would be demanding the ref' blow the whistle. Secure the victory, there are three months to immerse ourselves in the warm waters of triumphalism. What if they go ahead, can we recover? In over fifty years of these fixtures, I know the Yahoos are most adept at reinforcing success. They can ride the crest of that particular wave.

However, the last few months have thrown up awkward and inconvenient obstacles in the progress of glittering Sellik's seamless ride. Their obsession with zombies is a collective fantasy; but defeat to Lincoln Red Imps was a reality, as was the rag dolling they endured in Israel, and last season's Scottish Cup semi-final defeat continues to burn. There are very real frailties in their team and it's up to our management team to ensure the side can prevail of the opportunities presented. Like the semi-final, we must find a way to play the majority of the game in their half. Possession must be retained and the diagonal switch regularly executed.

As is often in my previews, I look to times past and games that seem to mirror today's situation. The autumn of '74 saw very similar circumstances, we had not won at ra Piggery for six years. A young Billy Jardine had starred in a deserved 2-4 mauling in September '68. The seasons in between were devoid of victory and swagger. Stein's side pinned us back and played in and around. We could not get beyond and at their vulnerable central defence. Both club and support mindset seemed to be accepting the inevitable. I had resolved not to attend, I was matriculating the Friday before, my first Freshers' Week and that would be enough interference. Aye right!

Waiting for my photie to be taken, a school mate attending another faculty approached and announced he had a spare ticket. Further, he thrust a copy of the NME towards adding, "and this will be our second visit there this season". Nine months hence, a day long concert of six bands were playing Sellik Park for the outrageous price of £5. The Who were headlining, Alex Harvey was the support act, and the other three groups did not inspire. I worshipped at the altar of the Small Faces, they replicated the classic Booker T and the MGs line up. The Who were lumpen, here's the loud bit, followed by the quiet bit, there's no soul. Steve Marriott was the man and only a week later when Lowell George's (the next best thing to Stevie) Little Feat were announced as the sixth band, did I decide to find a fiver.

Standing on the terrace that was a third of the jungle allocated to Bears, the Jock Wallace team announcement was bewildering. He was starting with Cutty Young and Graham Fyfe up front, and handing a début to young midfielder, Ian McDougall. We regarded the front pair as wide players and knew nothing about the soon to become Ted McD. The first half revealed the plan, Cutty and Johan (Fyfe) began every phase up against central defenders, McNeill and Fat Pat McLuskey, then break quickly into the deserted full back areas. Ted would stride through into the box. Colin and I hugged, we had a plan. Half time murmurings were morose, born'n'bred bluenose, Kenny Dal' had struck again and we were one down. Our fellow Bears were undaunted, the noise being generated from the Rangers end at the start of the second half was on amplifiers turned up to eleven. I remember a Pepsi Cola parasol being tossed around the swaying masses.

Just before the hour, Cutty slapped Fat Pat and broke wide, Johan had dropped deeper, trailing Big Seezur with him, and Ted strode through on Johan's reverse pass. McDougall struck low from the edge of the box and ball found the inside of post, and subsequently, the net. Dennis Connaghan rushed to the edge of the penalty area D to berate a hapless Seezur, I rushed to the bottom of the terrace to remind Dennis, that he like his skipper was, "a useless c**t". Sellik became hesitant, the confidence was draining, and Bomber Jackson nodding a Calimero corner into the top corner; saw the Pepsi parasol finally settle track side. I think both Jim Brogan and Derek Parlane saw red? It didn't matter, the momentum had switched. we won the N'erday fixture 3-zip, and the season culminated in a league championship win at Easter Road, our first in 11 years.

As you can imagine, the residual exuberance carried us through and anaesthetised me during the thrashing sound of The Who. Six of us pitched up and we took individual and collective delights dependent upon the group on stage. We were standing on a system of tarpaulins covering the pitch. Bobby's maw worked for Lanarkshire school dinners and had secured a large catering tin of tangerines. It was a 12 hour day and you could take in your own refreshment and sustenance. During Alex Harvey's over-wrought performance, we decided to tear the tarp' and dig down 3-4 feet, and buried the can intact. Over the decades, I suspect this act has kept me warmer in bed of a winter's evening, than our deserved 1-2 win.

Back to the present day, I forecast a team along the following lines to bring back at least a point from the East End. 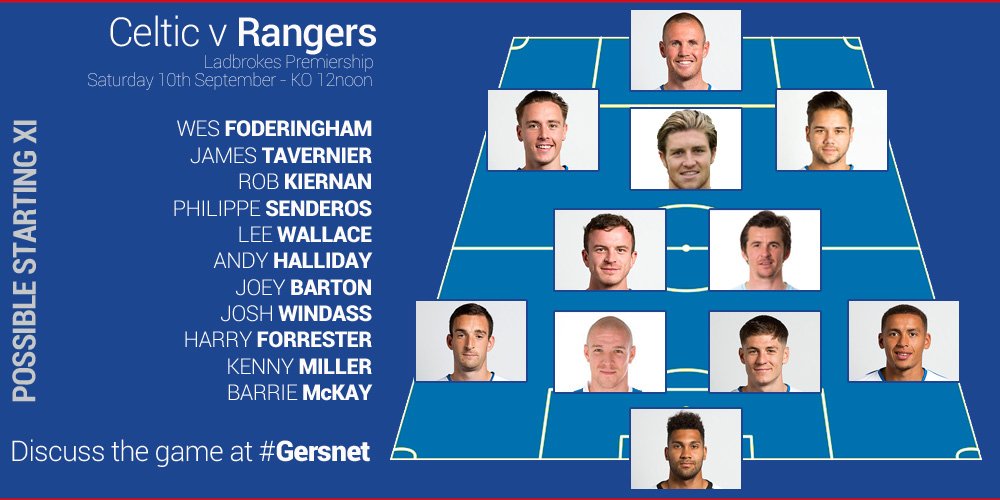