The 67th season of the most prestigious of European club competitions, the 30th since the advent of the UEFA Champions League, takes place from 22 June 2021 to 28 May 2022. The 32 teams in the 2021-2022 group stage include 26 automatic qualifiers joined by six play-off winners. What chances of winning for the Rangers? 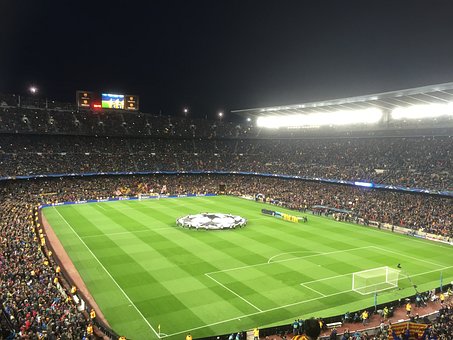 UEFA has unveiled the program for the next edition of the Champions League. The group stage of the tournament will start on September 14th. The program for the prestigious competition has been unveiled by UEFA. As a reminder, it is Chelsea who hold the title, due to their victory in the final against Manchester City (1-0), on May 29 in Porto. The 2021-2022 edition will see a return to the round-trip format from the first qualifying round, the body said on its official website. The preliminary rounds and qualifying are currently being played during the summer and the real fun will start in September. The first phase of the competition will start on September 14 and end on December 8. As for the knockout phase, it will begin on February 15. Then, it will be the quarterfinals which will take place from April 5 to 13, 2022, then the semi-finals from April 26 to May 4, 2022. The final of the Champions League 2021-2022 will be held in Saint Petersburg, on May 28, 2022. The stadium on Krestovsky Island was designed by Japanese architect Kisho Kurokawa, whose vision was that of a spacecraft that had landed on the shores of the Gulf of Finland. This stadium has hosted Zenit since 2017.

Rangers Will Square Off Against Either Malmo or HJK Helsinki

After winning the Premiership title last season, Steven Gerrard's side have been given the most favourable road to champions to reach the promised land of the competition's lucrative group stages. And Ibrox's club were drawn to face the winner of former enemy Malmö or Finnish side HJK Helsinki in the third qualifying round, with the first leg scheduled to take place away on Tuesday August 3. The second leg will take place in Ibrox a week later, on August 10. If Malmö leaves Helsinki, it might be fitting that Rangers' first game at this level is against the team they faced in their last Champions League qualifier in 2011, with defender Filip Helander passing also, in the ranks of the young champions of Sweden.

Keep Up with Rangers News and Bet Well!

For all football fans, the Champions League is one of the most important competitions. This prestigious competition can allow you to make very interesting bets. The event allows the 32 best European football teams to compete against each other. If the final takes place this year on the side of St. Petersburg, the favourites will have a long way to go to reach the last match of the competition. The Champions League remains one of the most difficult competitions to bet on. Therefore, you must be able to put all the chances on your side before making a bet. In any case, all players dream of being able to add the Champions League to their record. Apart from the World Cup, the European competition is surely the most heated event in the world of football. To help you bet well and keep up with all Rangers news, Expert Champions League Tips for the new season are available online at many sports betting sites. So, it's up to you!