I’ll gladly admit to two things before I begin this review. One; like many people I’d wager, despite having a reasonably keen interest in the Scottish independence referendum, I don’t actually know a huge amount about the whys and wherefores of it. And, two; I still wasn’t convinced this book would increase my enthusiasm for the wider debate given the poor quality efforts elsewhere. Certainly one or two people on our forum weren’t sure of the relevance given the position of the club nowadays. Fortunately, upon reading I found the book was seeking to address that.

Onto the actual review and I’d like to get my criticisms out of the way first. The main one for me was that there wasn’t enough background about the referendum and each side’s arguments for and against. Sure, many interested in this book may have done their homework in that sense but I consider myself a reasonably average Rangers fan (and citizen) so a chapter discussing the Independence background may have helped for reference purposes if nothing else. However, it’s not a huge criticism as there are plenty of other such resources out there to accompany the reading of ‘Born Under a Union Flag’. I’ll certainly be seeking out a few so perhaps it’s a sensible strategy from the authors to allow the reader to find their own to avoid leading anyone in the wrong direction – purposely or otherwise!

My next criticism is that I think there were a few arbitrary generalisations used throughout the book and I’m still not sure these were really addressed successfully in it. For example, many of the contributors discussed the stereotype of Rangers fans as Unionist, Loyalist, Protestant, monarchy supporting No-voters. That’s perfectly understandable but the ongoing suggestion this was somehow always negative or a ‘problem’ seemed unfair to me. As much as ‘Yes’ voters like Alan Bissett and Gail Richardson may not appreciate such aspects of supporting Rangers, and as much as there are undoubtedly negative perceptions of such associations, I don’t think it’s necessarily fair to suggest people are ‘mad’ for taking parts of their political beliefs along to Ibrox. Certainly, as Richard Wilson writes in his foreword, ‘football and politics do mix’. Though I’m sure we’d all concede that recipe can be a dangerous one.

Fortunately, my criticism is a mild one as while I eagerly disagree with some of the observations in the book, Rangers fans should never hide from debating any sensible point of view. And this is the main strength of this book as every single contributor makes a variety of points worthy of discussion. Indeed, not only will you find yourself nodding along to some opinions, you’ll catch yourself vehemently shaking your head as well – and not always where you’d expect to. No more so than during the excellent debate of national identity between John DC Gow and the afore-mentioned Bissett. It really was refreshing to see two people argue their corner so openly and constructively. Many politicians and websites should take note.

Indeed, it’s this kind of carefully applied passion and journey of personal experiences that make ‘Born Under a Union Flag’ such a good read. Amongst others, Gail Richardson, Colin Armstrong and Alex Wood all explain their reasoning for a ‘Yes’ vote while Gow, John Robertson and Iain Duff set out why they’ll be voting no. Yet, neither does the book push the reader in either direction which is a key fortitude. In fact many of the contributors are at pains to ensure our vote is our own responsibility and one we should use wisely.

All in all, it’s this kind of transparent neutrality which made the book such an enjoyable read for me. As much as I was cynical beforehand, the bite-sized essays made for a comfortable read over the weekend and I thoroughly enjoyed what was a well-constructed discussion. Yes, perhaps my voting mind was already made up but I’m happy to admit my preconceptions about the referendum and Rangers fans were also challenged. In that sense, I think I made a few of the same mistakes as others when it comes to pigeon-holing how the bulk of Rangers fans may vote come September. More importantly, as Alasdair McKillop concluded in his excellent study, I’m now more prepared to meet the challenge of defining and defending my (our?) position going forward.

In a modern Scotland – independent or not – the debate surrounding Rangers Football Club will never cease. In fact, ‘defending our traditions’ will become an ever more interesting discussion as society and the Rangers support continues to evolve. Change will happen and books such as this can help us move constructively towards our future. Rangers fans shouldn’t be afraid from such debate and the very fact a book such as this exists shows we’re not as closed minded as our critics would have us believe.

Born Under a Union Flag: Rangers, The Union & Scottish Independence

Published by Luath Press (available from Amazon and Luath). 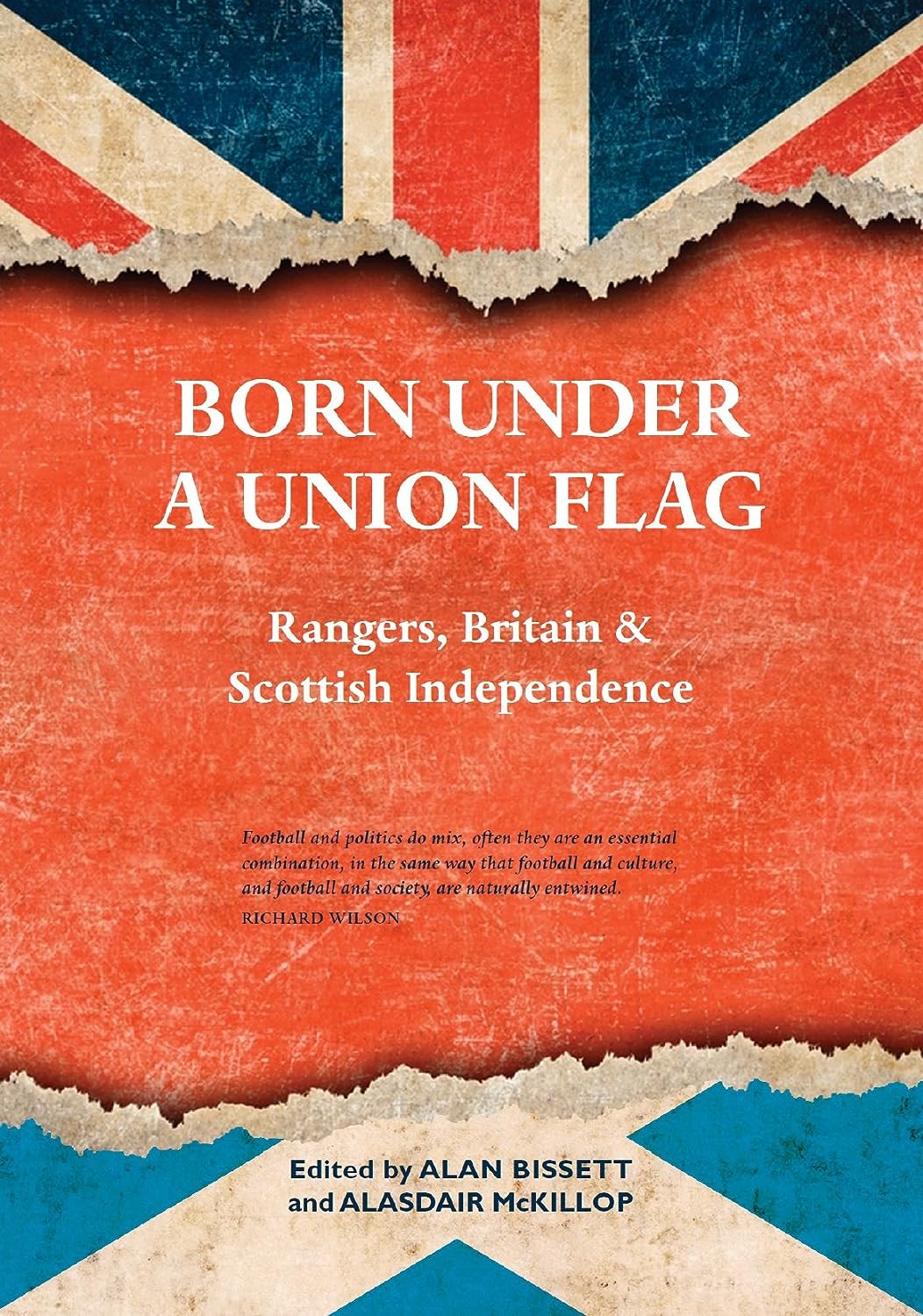